From Both Sides Now
False Certainty
A State of Life That Calls for Another Way of Living - by Ganga White
Your Attention Please! by Tracey Rich
The Swami and the Zen Master 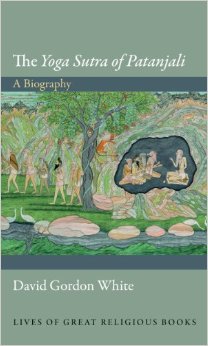 The Yoga Sutra of Patanjali, A Biography

Professor David Gordon White is a board member of White Lotus Foundation and professor of religious studies and Sanskrit at UCSB.

Ganga’s cover endorsement: Contemporary yoga teachers and gurus have mistakenly made the Sutras into the ubiquitous foundation of all yoga practice, stretching and extrapolating them into a complete manual for living. Now the man behind the curtain is exposed as, once again, Professor White mines the truth from hearsay and stands contemporary yoga beliefs on their head. This remarkable, colorful, and engaging book will rattle a lot of cages and hopefully enlighten the enlighteners. I highly recommend it as required reading for anyone interested in yoga. –Ganga White

Editorial Review: Consisting of fewer than two hundred verses written in an obscure if not impenetrable language and style, Patanjali’s Yoga Sutra is today extolled by the yoga establishment as a perennial classic and guide to yoga practice. As David Gordon White demonstrates in this groundbreaking study, both of these assumptions are incorrect. Virtually forgotten in India for hundreds of years and maligned when it was first discovered in the West, the Yoga Sutra has been elevated to its present iconic status–and translated into more than forty languages–only in the course of the past forty years.

White retraces the strange and circuitous journey of this confounding work from its ancient origins down through its heyday in the seventh through eleventh centuries, its gradual fall into obscurity, and its modern resurgence since the nineteenth century. First introduced to the West by the British Orientalist Henry Thomas Colebrooke, the Yoga Sutra was revived largely in Europe and America, and predominantly in English. White brings to life the improbable cast of characters whose interpretations–and misappropriations–of the Yoga Sutra led to its revered place in popular culture today. Tracing the remarkable trajectory of this enigmatic work, White’s exhaustively researched book also demonstrates why the yoga of India’s past bears little resemblance to the yoga practiced today.