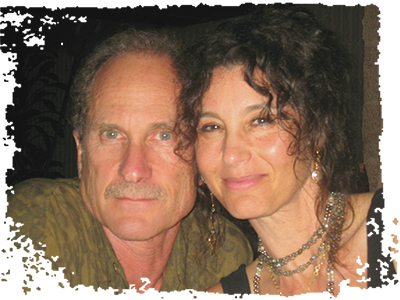 Ganga White, founder-president of the White Lotus Yoga Foundation, is recognized as one of the outstanding Western teachers and exponents of Yoga. He founded his first Yoga center on Sunset Blvd in 1967 which became nationally known and emulated. He has extensive experience as a Yoga instructor spanning over forty years. Ganga teaches internationally, trained hundreds of Yoga teachers and has studied and lived in India visiting remote monasteries and learning centers. He founded Yoga centers in major U.S. cities and for five years served as Vice-president of the International Sivananda Yoga Vedanta Society. He has received the teaching title Yoga Acharya three times from the Sivananada Ashram, the Yoga Vedanta Forest University, Rishikesh, Himalayas and the Yoga Niketan in India. He has years of personal study with many great teachers including Swami Venkatesananda, J. Krishnamurti, BKS Iyengar, K. Pattabhi Jois and Joel Kramer. Ganga created the unique, new system practiced by two people called "Double Yoga" and his text, Double Yoga, is published by Viking-Penguin. In addition, his work and achievements have earned him the rare, honored title Yogiraj, "king of yogis". He is known for his humorous, down-to-earth approach. (Read more of Ganga's biography)

Tracey Rich, director of the White Lotus Yoga Foundation, co-founded the organization’s Santa Barbara Retreat in 1983. She has been studying and teaching internationally since 1978, training teachers and students. Her background includes extensive training in classical, vinyasa and jnana Yoga, dance, health and philosophy. She leads seminars regularly at the Esalen Institute and is co-creator of the best-selling videos Yoga, the Flow Series, and Total Yoga. Tracey focuses her teaching of Hatha Vinyasa Yoga on the importance of refining subtle energies and awareness of breath using the body as a symbol for understanding our nature—“The asanas become a dance with the dance moving out into all areas of life.” Tracey brings a quality of grace, warmth and humor to her teaching that opens the hearts of her students. She holds the honored title, Yoga Acharya. (Read more of Tracey's biography) 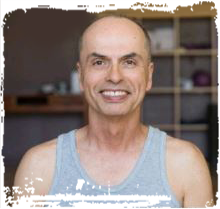 Kent Bond, creator of Willow Glen Yoga in San Jose, CA, is a well-respected Yogi living in the Bay Area. Kent developed a singular teaching style that is informative, challenging and uplifting, and has in experience many years of teaching, practice and study in several lineages of Yoga. He has extensive and ongoing studies in the White Lotus tradition with Ganga White and Tracey Rich, including advanced and undergraduate teaching certifications. In addition, he holds certification from Erich Schiffmann and has trained with numerous emerging masters including Duncan Wong, Robert Brook and Russell Kai Yamaguchi. Kent leads specialized workshops in the USA and Europe and is an ongoing member of the White Lotus Foundation teacher training staff. 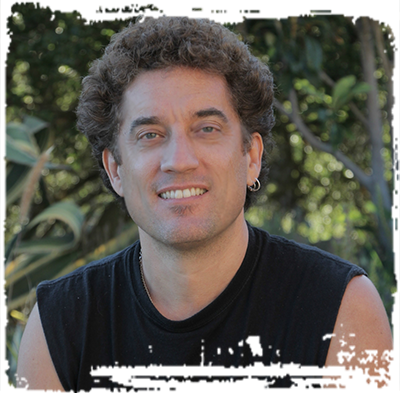 Sven Holcomb was first introduced to yoga at age 12 and has for many years been a student of Ganga White and Tracey Rich. He completed his teacher training in 1989 and has since had ongoing advanced training at White Lotus with these world renowned instructors, and he serves as a lead instructor at the White Lotus teacher training programs. Sven has also traveled extensively studying Yoga and Hindu traditions in India, Nepal and Thailand, and has taught in Boston, San Francisco, and Los Angeles. "Yoga is a re-awakening and re-balancing of the body, mind and spirit. It brings about personal transformation and profound self-understanding, much needed in our age of distraction and uncertainty."