From Both Sides Now
False Certainty
A State of Life That Calls for Another Way of Living - by Ganga White
Your Attention Please! by Tracey Rich
The Swami and the Zen Master

Woke up this morning to the roar of the 101 outside my bedroom window, quite a drastic difference from the crickets that hummed me gently to sleep in my yurt just one month before. That’s right–yurt.  AKA a glorified ti-pi with three futons in it.  But wait, let me back up –   Ya see, I’m a mid-west girl who recently moved west to California to spread my wings and fly.   And if it weren’t for this past August, I’d be one stressed-out-Sally in the big sea of crazy known as Los Angeles. I needed to ground myself so that I didn’t float away in La La land. I needed Yoga camp!

A simple Google search led me to Ganga White’s White Lotus Yoga Foundation and I enrolled in the Yoga Teacher Training immediately.  I drove up the PCH and arrived at the White Lotus house perched on the land that the Chumash Indians called Taklushmon–The Gathering Place. It. Is. Beautiful. It’s utopia, it really is.  I thought my car had crashed on the drive up, and I had died and found heaven. 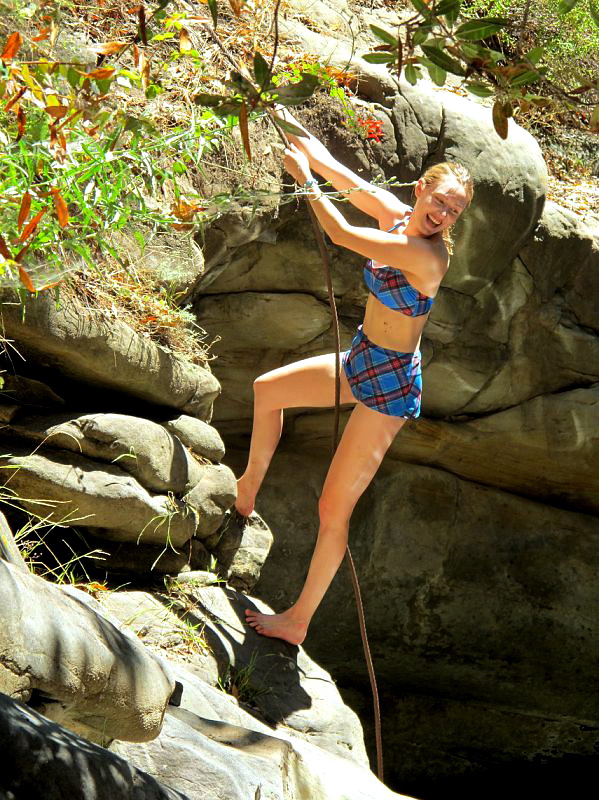 Reprinted from Yoga Beyond Belief, Insights to Awaken and Deepen Your Practice

If I have seen further it is by standing on the shoulders of giants.
– Sir Isaac Newton, in a letter, circa 1676

Yoga’s growing popularity in the West raises many questions. For example, is yoga becoming “Americanized” and does that Americanization degenerate the purity or authenticity of the teachings? If yoga is being changed in the West, what right do we have to make these modifications? These concerns also raise deeper questions: What is the nature of tradition and authority? Can we truly know exactly what was taught and practiced in the past? Is there any actuality to the concept of “pure teachings” from the past?

I first realized the importance of these questions at a lecture series in the early seventies on one of the foundation texts of yoga, The Yoga Sutras of Patanjali. The lecturer was my great friend and mentor, Swami Venkates (1921–1982), a much-loved and respected yogi and Sanskrit scholar from India.1 He explained that very little is actually known with much certainty about Patanjali, whom many consider one of the early codifiers, if not the father, of yoga. I use Patanjali as an example because his yoga sutras are used by many teachers as the touchstone of yoga, yet the text can be interpreted in widely differing manners.

My swami friend emphasized that any translation or commentary on any text always involves someone’s point of view. In fact, the translation process itself is interpretation. Even if we read or listen to a text in its original language, we must acknowledge that a large amount of personal interpretation still goes on in the way we receive it. Language usage, meaning, and circumstance change over time. We have heard the story in Psychology 101 of the man who runs menacingly into and out of a classroom with a banana and the students are asked to write a report. Nearly everyone describes having witnessed the man doing different things; some saw the banana as a gun, a flashlight, or a telephone.

What does this case of multiple interpretations of a single event imply about the possible purity of subtle teachings handed down over thousands of years? What should we learn about the limits of tradition and authority from our observation of the phenomenon of every major religion and tradition breaking down into dozens of sects and subgroups with conflicting opinions, often with each one asserting that only its members have the actual truth? Even secular laws written in contemporary times with clear intent are prone to conflicting interpretations. Carefully written laws can be stretched, interpreted, and argued in different directions. Spiritual concepts and teachings, especially from the ancient past, are far more vulnerable. Spirituality is not an exact science to be laid out in narrowly defined paths.